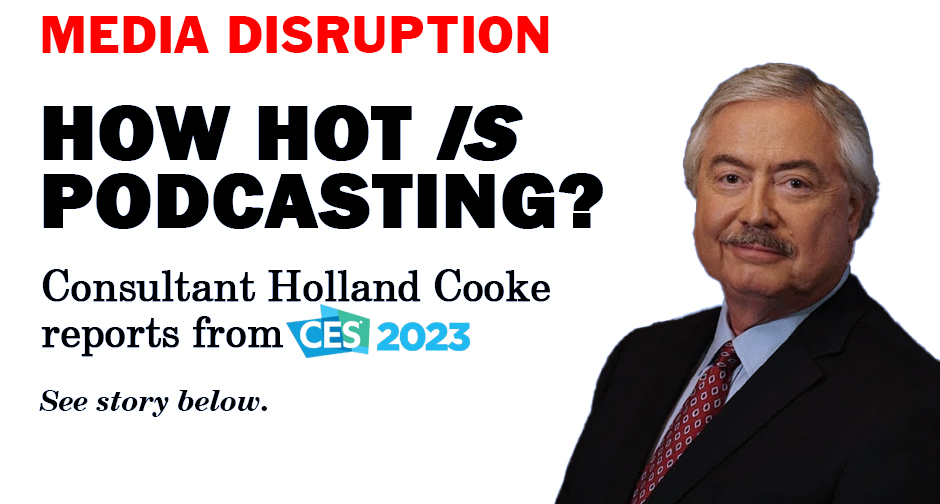 Not unexpected, since her company is a major player. But, from the other side of the equation, World Wrestling Entertainment SVP Craig Stimmel acknowledges that, post-pandemic, “habits have changed as to where to go” for media; so “we want to make sure our content is everywhere.” His stars are among celebrities whom podcasting connects with fans in what Troberman describes as “live, human, unscripted conversation with people you come to know;” particularly welcome post-pandemic-shutdown. “The more isolated and alone people feel, the more audio delivers intimacy.”

It’s not a radio show

Every panelist spoke of “authenticity,” rather than the slick, polished texture of traditional AM/FM programming. SXM Media SVP Lizzie Widhelm challenges broadcasters: “How can we let go of our playbook, and walk away from norms that have been comfy-cozy?”

“More creators coming into audio than ever before” from politics, sports, and other walks of life, “to engage more deeply.” Audacy CMO Paul Suchman says that delivers advertisers “super-relevant, contextually relevant” places to tell their stories. So “this is a medium that deserves GREAT creative,” not just audio of a TV spot. “Advertising that gets ‘inserted’” doesn’t work as well as “the deep human connection” of podcaster’s very personal delivery. Thus “the lowest ad-skipping rates of any media.”

“Voice has always been how humans communicate”

Troberman describes the iHeart app Talkback feature, which listeners use to send messages stations play, a tool some of my client stations have built-into their apps.

And this interactivity isn’t just a media thing. Audacy’s Suchman mentioned how drivers now converse with Cadillac’s state-of-the-art dashboard: “The next phase of computing will be voice-driven.” Yet – accustomed as we have become to dealing with supermarket self-checkout and other robots almost everywhere – the “intimacy,” “authenticity,” and “diversity” panelists speak of suggest that, as iHeart’s Troberman reckons, “the future of voice is the future of two-way communication via audio.”

I’ve been reporting from CES all this week for TALKERS…and for you. You can download five 60-second radio reports at HollandCooke.com.

Holland Cooke (HollandCooke.com) is the author of “Multiply Your Podcast Subscribers, Without Buying Clicks,” available from Talkers books; and “Spot-On: Commercial Copy Points That Earned The Benjamins,” a FREE download; and the E-book and FREE on-air radio features “Inflation Hacks: Save Those Benjamins.” HC is a consultant working at the intersection of broadcasting and the Internet. Follow him on Twitter @HollandCooke