ABC Audio brings Laura Mayer aboard to serve as executive producer of podcast programming. ABC News president Kim Godwin says in a memo to staffers, “Laura Mayer will be the creative lead of our stellar podcast team, which has big plans for 2023, including the launch of a new true crime series next week and the return of “Life Out Loud with LZ Granderson” later this month. 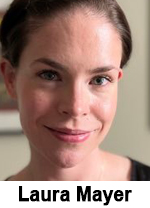 She will work closely with Josh Cohan, director of podcast programming, to develop ABC Audio’s content strategy and then implement that strategy with the production team, overseeing the process from greenlight to publish.” Mayer was most recently COO of the production company Three Uncanny Four Productions – a joint venture with Sony Music. She’s also served as executive producer of new show development at Stitcher.