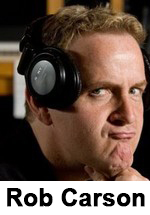 Carson’s program airs from 12:00 noon to 3:00 pm on WTSN-FM, Dover; WTPL-FM, Hillsborough; WEMJ-FM, Laconia; as well as two HD2 signals. Newsmax says the network reaches a combined population of nearly a million listeners. Newsmax Radio CEO Lee Kinberg says, “I know firsthand the power of Binnie Media’s talk stations and we look forward to working with their great team and bringing Rob Carson to one of the most politically influential audiences in the country.” Binnie Media VP of programming Michael Czarnecki comments, “In the world of talk radio, we find so much of the same programming. We are thrilled at the addition of Rob Carson as this move, along with the recent addition of ‘America at Night’, and the rest of our dynamic lineup, make for a unique form of talk radio. Offering educated discussions and different perspectives on the topics of each day.” Carson’s program is now airing in 16 rated markets. In addition to the radio show and podcast, “Rob Carson’s What in the World,” a humorous review of the week’s news, airs every weekend on Newsmax TV.