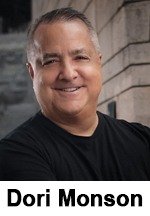 KIRO-FM, Seattle owner Bonneville International and the Monson family stated that Dori Monson had been dealing with health issues over the last few years. Bonneville says Monson hosted “the top-rated ‘Dori Monson Show’ airing 12:00 noon-3:00 pm on KIRO-FM. He was 61 years old and leaves behind a beloved wife and three adult children.” Monson attended the University of Washington and worked at KING-TV and KING Radio before joining KIRO in the early 1990s. Monson was a legendary talk radio presence in the Seattle market and will be sorely missed.