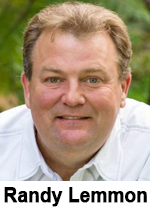 The iHeartMedia station says that Lemmon hosted “The Garden Line” program on the station for more than 25 years. “In what he called the ‘most-listened-to garden show in the country,’ he was faithfully followed by serious landscapers as well as the weekend gardener as he shared his enthusiasm and advice about lawns, gardens and outdoor living. He was a go-to expert when climate issues became serious or dangerous to the public such as during hurricanes and deep freezes.” Prior to hosting his radio show, Lemmon served as a television and radio producer for the Texas Farm Bureau. He then spent nearly a decade at his alma mater – Texas A&M University – producing news and commentary for an agricultural network he created with the College of Agriculture. iHeartMedia Houston director of AM programming Bryan Erickson tells TALKERS, “Randy had an unbridled passion for being on the radio and for helping people with their gardening issues. We should all be so fortunate to do something in life that brings us such joy. He will be missed.”