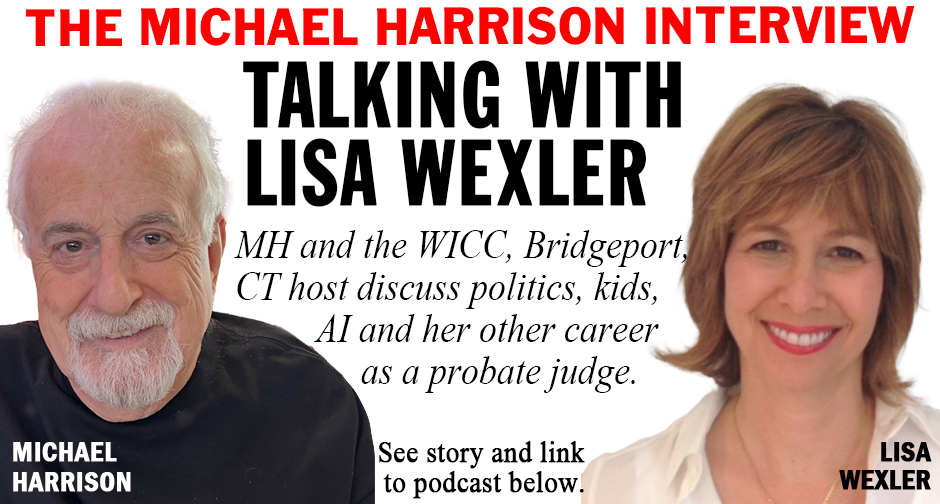 Lisa Wexler, a woman of many accomplishments and talents, is this week’s guest on the award-winning PodcastOne series, “The Michael Harrison Interview.” Wexler hosts the daily 10:00 am to 12:00 noon show on Connoisseur Broadcasting’s western Connecticut news/talk giant WICC, Bridgeport. In 2013, she was elected Westport/Weston Connecticut Probate Judge – and re-elected two more consecutive times as a Republican and recently a fourth time as a Democrat…. all by wide margins. Wexler has been the recipient of numerous broadcasting awards and accolades, including the prestigious Gracie Award. She is a graduate of Johns Hopkins University and the New York University School of Law. She is admitted to the New York and Connecticut Bars. She co-wrote the international best-seller, Secrets of a Jewish Mother (Penguin/Dutton, 2010) with her mother, Gloria Kamen (an advice columnist) and her sister, Jill Zarin (one of the original Housewives of New York City). Listen to the podcast here.