Al Morganti to Ink Deal to Remain with WIP, Philadelphia

The Philadelphia Business Journal’s Jeff Blumenthal reports that WIP, Philadelphia morning drive personality Al Morganti will remain with the Audacy sports talk station for the next five years to host a hockey podcast 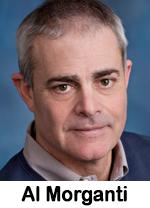 and host weekend programs. The 69-year-old Morganti is a long-time co-host of Angelo Cataldi’s morning drive show and with Cataldi retiring from the station after the Philadelphia Eagles’ season ends, it was unclear what role Morganti would play with the station. In his piece, Blumenthal notes that when Audacy revealed that Joe DeCamara and Jon Ritchie would be the new morning drive show, it stated Morganti would continue to work for the station in some capacity. Morganti will host the hockey podcast twice per week during the season and once per week during the off-season. As for hosting weekend shows, there’s no indication he’ll have a regularly scheduled show, but will fill in when needed. Morganti also works for NBC Sports Philadelphia as a pre-and post-game analyst.