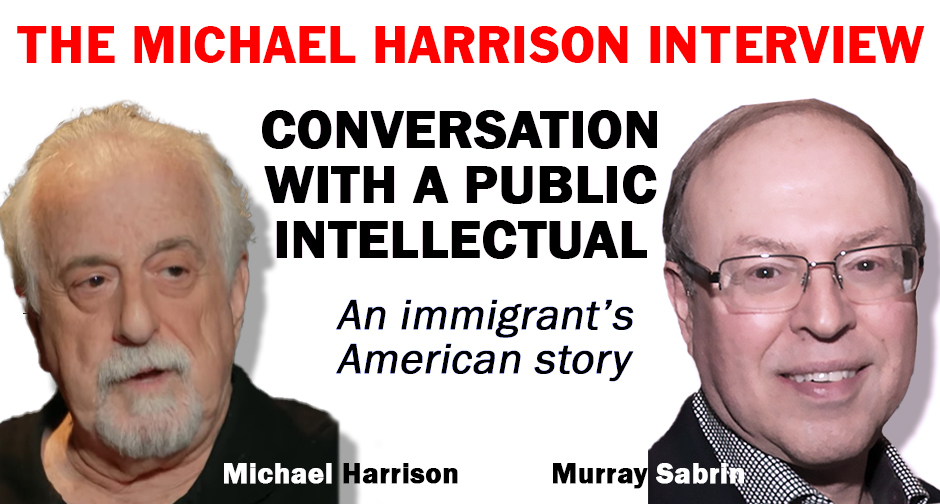 One of the most prolific talk radio interviewees of the past three decades, Murray Sabrin, Ph.D. is this week’s guest on the award-winning PodcastOne series, “The Michael Harrison Interview.” Sabrin is professor emeritus of finance at Ramapo College of New Jersey.  Sabrin, who made New Jersey political history in 1997 for his groundbreaking third-party gubernatorial candidacy as the Libertarian Party nominee, is widely recognized as one of America’s leading voices on libertarian ideology. Harrison and Sabrin take a deep-dive into the ongoing problems of our times – inflation, health care, endless wars, excessive taxation, illegal immigration, and the alleged erosion of civil liberties under the crushing overreach of big government. Harrison, a First Amendment advocate who maintains a neutral partisan philosophy, says, “Libertarianism is an ideology with which I do not necessarily fully agree in terms of practical application – but one that I support as a guideline to keeping the unwieldy task of running 21st century America within the compass direction and spirit intended by the Founding Fathers.” Harrison wrote the foreword in Sabrin’s latest Amazon paperback best-seller, From Immigrant to Public Intellectual: An American Story (Talkers Books, 2022). The book follows Sabrin’s rise as an immigrant child with humble beginnings to forge a stellar career as an educator, author, history-making third party political candidate and media influencer. To listen to the podcast in its entirety, please click here.