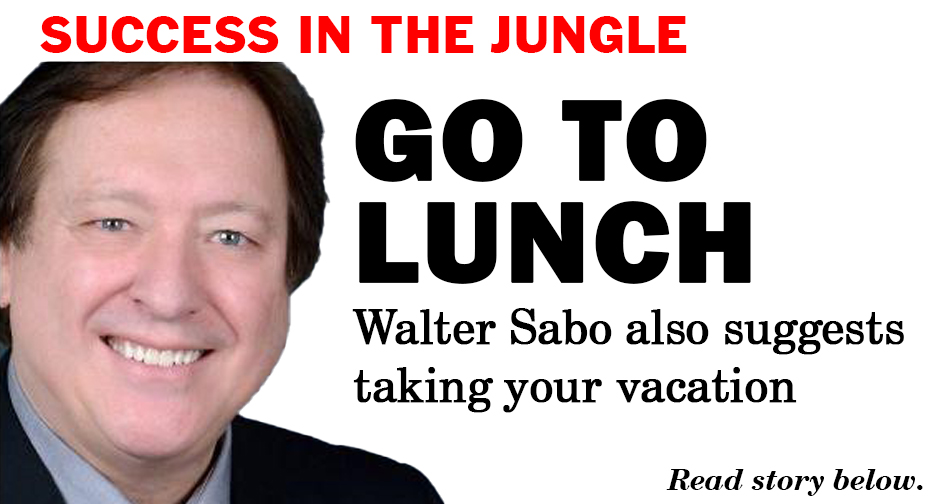 Most business books and advice columns usually offer advice that is purely theoretical, not actionable. Watching the very successful operate in New York media for decades, I began to notice patterns of behavior that often translate to success.  I couldn’t help but be inspired by two fine columns posted in yesterday’s edition of TALKERS written by sales mavins Kathy Carr and Steve Lapa – in addition to a story about Michael Harrison’s on-point prescription for the radio industry’s survival – to throw my two cents in as well.

These tips are targeted to those in the radio business who still work in traditional corporate, office building environments (but can be useful to those who operate from home but still occasionally have to make an appearance downtown):

1. Write congratulatory notes. Kathy Black was the publisher/CEO of USA Today and chairperson of Hearst Magazines. She walks into a room and BOOM, success follows. Every time I earned a new job or was favored in the press, Kathy Black wrote me a handwritten note expressing support.  We weren’t pals, we only met twice. But the notes made me her fan.

2. Go to lunch.  Get out of the building and go to lunch with a co-worker or with a peer from another company. Pay. Now you’re the boss.

4. Take extra credit. When there is an opportunity to work on a new project, grab it.

5. Be presentable. Dress in a manner that would let your boss be comfortable introducing you to your company’s biggest client.

6. Don’t take “personal days.”  Take a vacation day to go to the funeral, but don’t call it a “personal day.”

7. Avoid all interaction with HR.

8. Treat the receptionist with the utmost respect.  That is, of course, if there still is a receptionist.  More on that in my next article.

Oh, one more thing.  I could become poetic about why you never want to attend a company holiday party – but the holidays are over so we’ll save that until next November.

Walter Sabo (a.k.a Walter Sterling) is a media consultant and a longtime radio industry thought-leader. He hosts and produces a network radio show titled “Sterling on Sunday” heard 10:00 pm -1:00 am ET. www.waltersterlingshow.com.   walter@sabomedia.com.