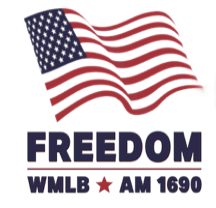 announces he’s assuming operation of the station as he is now acquiring it for $500,000. Shows airing on the station include “The John Fredericks Show” in morning drive, as well as Stephen K. Bannon’s “War Room,” Newsmax’s “Rob Carson Show,” “America’s Voice Line with Steve Gruber,” “The Water Cooler” with David Brody and more.